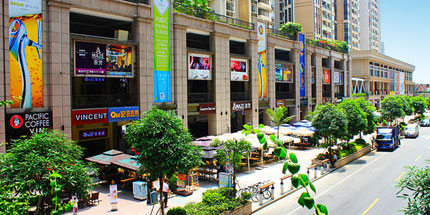 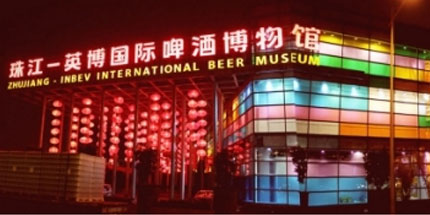 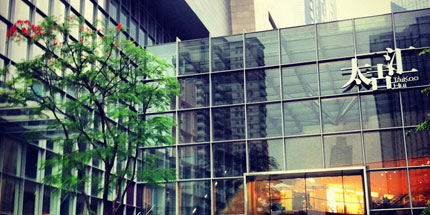 Guangzhou, known as Canton, is a modern, vigorous metropolis. It is the third largest city in China and is the political, economic, sci-tech, educational and cultural hub of southern China. It is located in south-central Guangdong Province, north of the Pearl River Delta. It lies close to the South China Sea, Hong Kong andMacau. Pearl River (Zhujiang), the third longest river in China runs through the city and is navigable to the South China Sea. These geographical features bestow the name "South Gate of China" upon the city.

During the Zhou Dynasty (1045 B.C. – 256 B.C.) the Cantonese peoples suffered from famine for many years. Legend has it that one day five immortals riding five goats with rice ears each of a different color descended from heaven and blessed the area with favorable weather that produced rich harvests. Thus, this city is also known as the "Five-Goat City (Wuyangcheng)" and the "City of Spike (Suicheng)." To express their gratitude to the celestial beings, the locals erected the "Five Immortals Temple."

As the most important center of foreign commerce in South China, this city has hosted the China Import and Export Fair (Canton Fair) twice a year since 1957. Do make a reservation in advance if you decide to visit the city during the fair. Individuals touring for pleasure should be aware that hotel rates become quite expensive during that period.  You can book Canton fair hotels in advance with great discount. The local climate is sub-tropical. The average year-round temperature is 22℃ (71.6℉). The rainy season falls between April and August. The best time to visit the city is between October and December. Pleasant weather, abundant rain and sunlight provide ideal conditions for agriculture. Another alias of this city is the "City of Flowers" with evergreen plants and flowers blooming all year round. Detailed information of Guangzhou weather.

Many historic sights including the Western Han Nanyue King's Tomb Museum, and the Bright Filial Piety Temple tell us the ancient history of the city. Baiyunshan Scenic Area and Yuexiu Park showcase the natural scenery of the city. Shanmian Island retains some of its former grandeur in the mansions with its exotic mansions. The Guangzhou Museum of Art is one of the best in China and is definitely worth a visit. Apart from that the real highlights are the city's markets and vast bazaars.

The city has a massive number of malls and retail stores. Grand shopping malls such as the TeeMall Plaza, the China Plaza plus the trade fairs in the Guangzhou International Building provide easy access to top-notch products from all over the world. Visitors will enjoy stroll on the Shangxiajiu Pedestrian Street and Beijing Road Business Street. The city is a true shoppers'paradise.

The city also has a worldwide reputation for good food. It has more restaurants and teahouses than any other city in China. Cantonese cuisine (Yuecai), one of the eight famous cuisines of China, is redolent with color, fragrance, taste and presentation. Yuecai is an absolute "must do" when dining there. Try the famous Cantonese pastries well known for their wide range of varieties, delicate flavors and different hues.

Ø  Guangdong (Guangzhou is the capital city), adjacent to Hong Kong, with 104.3 million population, is the most developed economy province in China.

Ø  As the window of the import and export trade in China, the worldwide famous Canton Fair is held in the Guangzhou twice a year.

Ø  Guangdong has the highest expense of public medical insurance among all the provinces in China. 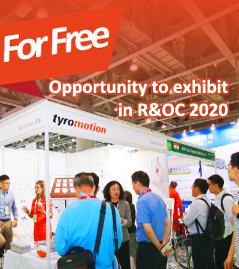